We launched a Visa® Prepaid Card and Digital Wallet for employees. 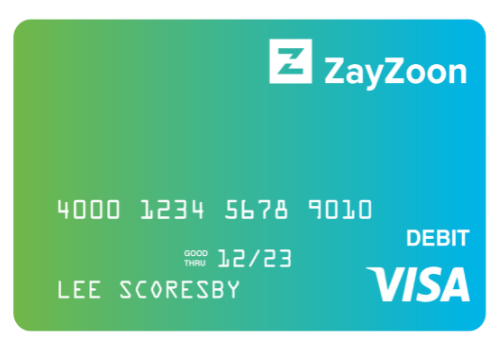 Everything we do at ZayZoon is centered around bringing financial empowerment and flexibility to all employees, as a standard benefit.

This is probably quite obvious. After all, the product that we pioneered, Earned Wage Access, unlocks trillions in wages that employees would otherwise need to wait 2 weeks to receive.

Sometimes (many times), people just can’t wait 2 weeks. In fact, we polled more than 10,000 responses from ZayZoon customers and found that people need financial tools more now than ever.

More than 80% of Wages Accessed through ZayZoon are used for short-term, necessary expenses. Less than 3% reported using their early wage access for discretionary purposes.

Alright, so why does a ZayZoon “card” matter?

Starting with number 3 first… this isn’t just a card. It’s a full digital wallet that gives employees the ability to get paid, pay bills, and get access to earned wages, whenever they want. Paying with the ZayZoon Card signifies financial relief and the freedom to spend earned wages when employees need it.

14.1 million American adults are unbanked, according to a recent survey by the Federal Deposit Insurance Corporation (FDIC).

That’s crazy.. Right? No bank accounts.. At all.

And it’s even worse for visible minorities. Black (16.9%) and Hispanic (14%) households, for example, are around 5 times as likely to be unbanked as White households. Income level though is what really affects banking. On average, 19% of households with an income of less than $30,000 are unbanked. Those that make more than $30,000 annually? Only 2.4%.

Wait. Why aren’t people banking? Here are just some of the reasons:

No monthly fees, no credit check, and in less than 90 seconds employees can get a digital card instantly issued for Apple or Google pay (with a physical card delivered via mail a week later).

We’re all about flexibility in how employees choose to access their Earned Wages On-Demand. With ZayZoon, employees have 3 options to get paid.

Realtime pay in the form of gift cards to major retailers (with a bonus!) ✅

How is it free? Because we make money from Interchange.

When you go to buy something at a store, every time you swipe your card the merchant actually pays a percentage of the purchase price to the banks, Visa, the card issuer... 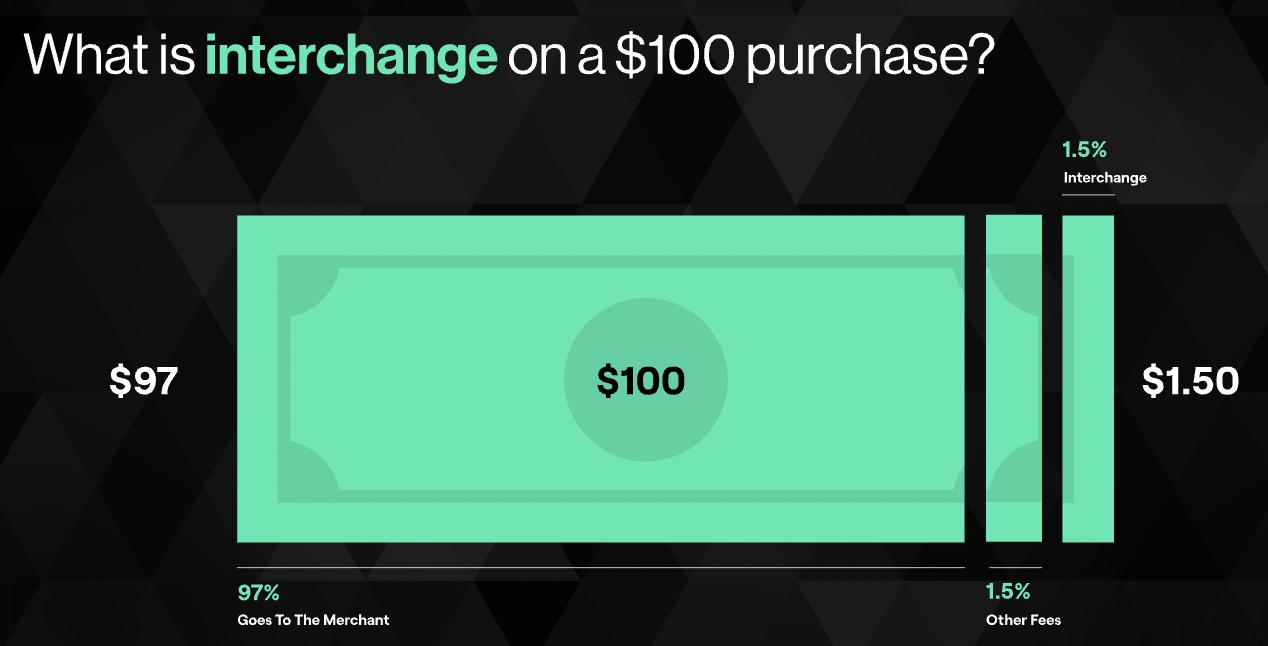 There’s a really good write-up here by Unit, a company that helps businesses similar to ZayZoon offer card solutions to customers with relative ease. For sake of trying to provide a simplified example though, I’ll use Customer Jane.

Jane recently signed up for ZayZoon and received her Visa card both digitally and also a physical card in the mail. Jane decides to take a $100 payout from ZayZoon so she can start spending from her shiny new ZayZoon Visa Card! She goes to buy $100 of groceries at Kroger and uses the card to do so. When Jane swipes her card and pays $100, Kroger actually only gets $97 of those dollars. The other $3 goes to processing fees. Roughly 3% of a purchase. 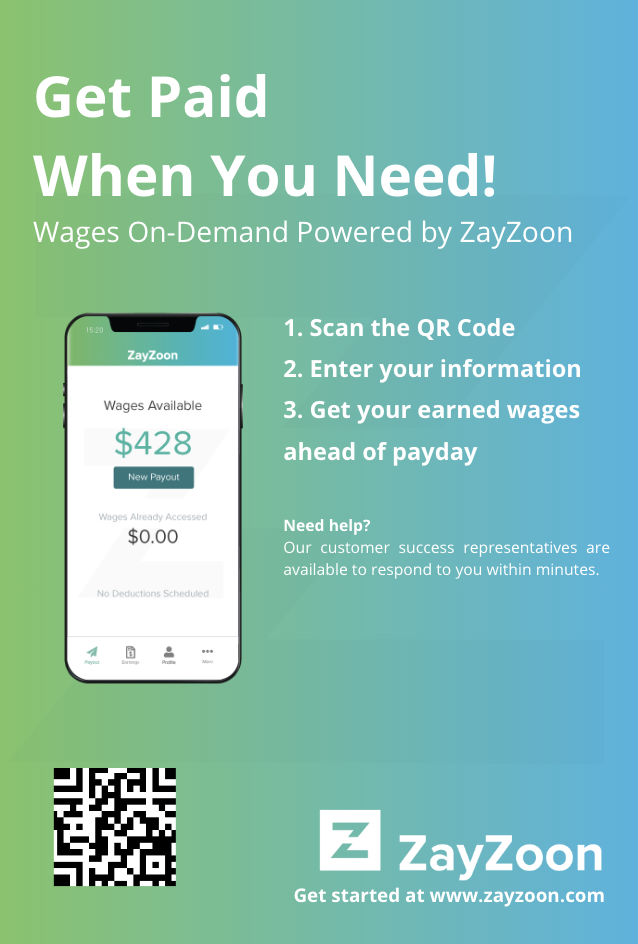 How does the ZayZoon Card work?

Firstly, like all ZayZoon offerings, all ZayZoon customers must be an employee from one of our employer partners. Given we can service more than 50% of businesses in America, chances are you’re in luck.

Hopefully, that is helpful in explaining what this new exciting evolution of ZayZoon is all about.

This is one step further in our mission to improve employee financial health and bring financial empowerment and flexibility to all employees, as a standard benefit.

Retirement planning can feel like an impossible task, especially when most of us live in the present. With monthly bills and ...
Start Reading
Tate Hackert May 9, 2019 4 min read

A History of Debt (and Money)

Debt is literally an ever-growing problem for both everyday Americans and the greater economy. In fact, the national debt has ...
Start Reading
Tate Hackert December 5, 2018 7 min read

Financial wellness doesn’t have to be a pipe dream. Understanding what’s important and why it is important is key to making ...
Start Reading