The Financial Realities of Being LGBT+

But it’s important to note that finances, and financial stress, don’t necessarily look the same for everyone. There are many important and intersecting factors to consider, such as socioeconomic status, race, gender/gender identity, sexual orientation, dis/ability status, and more.

Today, for Pride Month, we’re going to dig into the financial realities of being LGBT+ and how we can think about this intersection more critically.

First: What does it mean to be LGBT+?

LGBT+ is an acronym that stands for the lesbian, gay, bisexual, and transgender/trans-identified communities.

However, in recent years, this acronym has been expanded to be more inclusive of additional groups within the community – for example, LGBTQQIP2SAA adds letters for Q (queer – which may include non-binary, gender fluid, genderqueer, or gender non-conforming), Q (questioning), I (intersex), P (pansexual), 2S (two-spirit), A (androgynous), and A (asexual). Members of any of these groups are considered to be a part of the LGBT+ community as a whole.

What financial considerations need to be made when it comes to  someone’s LGBT+ identity?

There are many additional considerations that come into play for members of the LGBT+ community – things that many people may never even consider.

As you can see, there are many considerations that the LGBT+ community faces financially that may not occur to cisgender/straight folx.

What other issues are affecting the LGBT+ community that, in turn, affect finances?

Other issues that impact the LGBT+ community at higher rates include things like homelessness and mental health issues.

According to Youth.gov, LGBT+ youth in particular “are significantly overrepresented in homeless populations compared with the general population.” (This may have something to do with LGBT+ folx being disowned by their families upon coming out.) And rates of homelessness indicate massive financial difficulties.

Members of the LGBT+ are also disproportionately affected by mental health issues; in particular, transgender and bisexual folx see this the most. Factors that lead to this include discrimination. Treatment for mental health issues can be extremely costly, meaning that is yet another massive expense LGBT+ folx have to face at higher levels.

What kind of organizations can someone support to help the LGBT+ community?

All of this may seem upsetting (and it is), but it’s important to remember that awareness is the first step in trying to solve a problem. That’s why we hope this article might open some people’s eyes to considerations and issues facing the LGBT+ community that they may have never even considered.

In terms of practical action steps, there are many organizations doing important work that individuals and companies can opt to support to make a difference in the lives of LGBT+ folx.

And in Canada, options include:

We encourage you to do your own research to educate yourself on the issues discussed, and on the types of organizations you support. The LGBT+ community needs your support and understanding year-round! 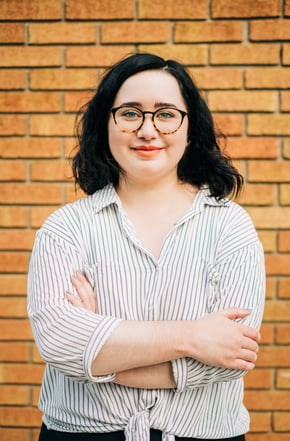 Local LGBT+ Organizations to Support All Year Round

As we touched on in our last blog post, The Financial Realities of Being LGBT+, there are many issues specific to the queer ...
Start Reading
Mercedes Killeen July 6, 2022 2 min read

One of the core values at ZayZoon is Mastery - this means constantly striving to learn and grow while sharing what we know ...
Start Reading